All About Orange Mold 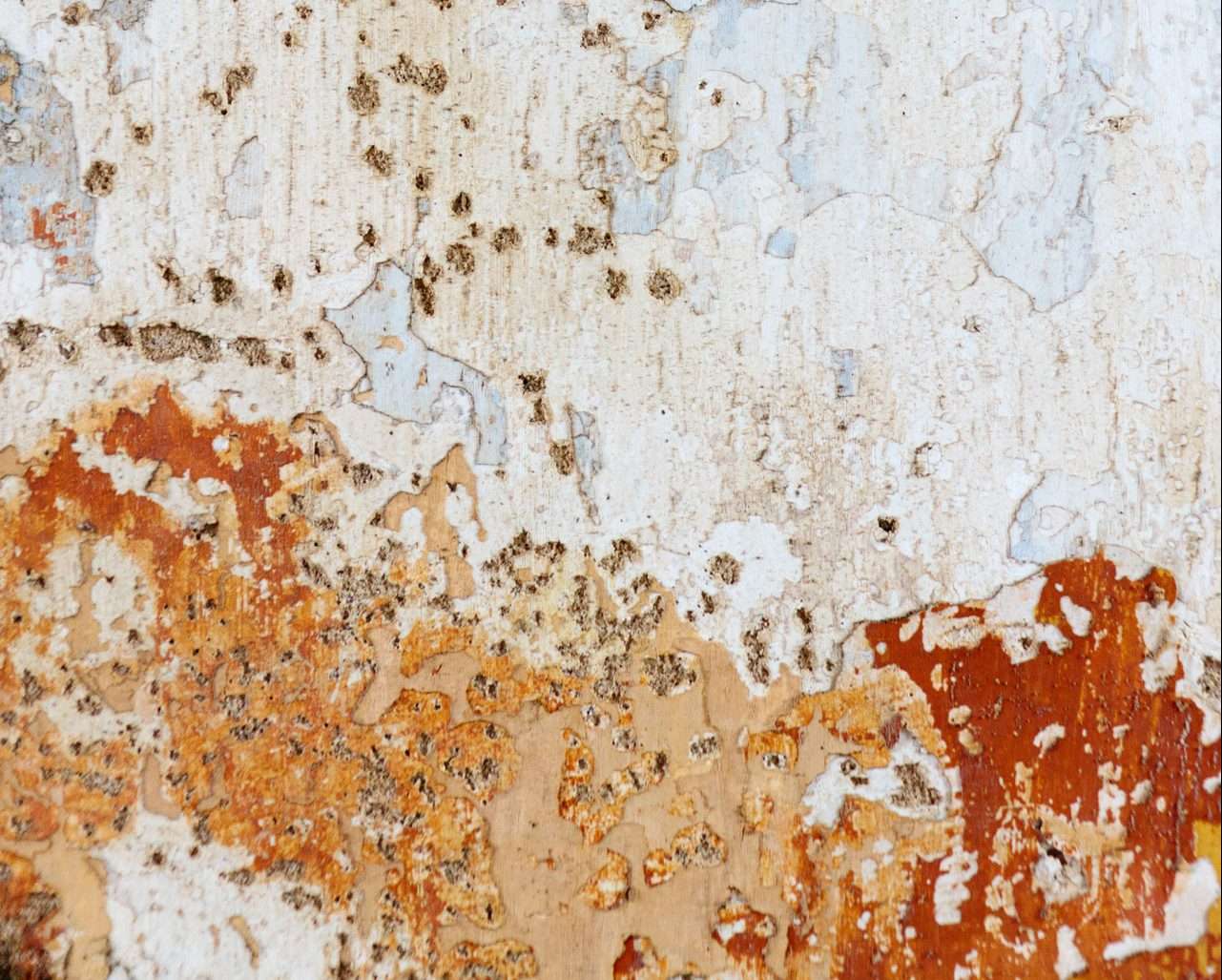 At Pure Maintenance, we understand what kind of impact hazardous molds can have on your health and home. That is why we invest in resources to help you know what you might be up against when you discover mold in your home or at work. In our effort to be thorough, we will be exploring orange mold in this writing:

What is orange mold? Where might you find it? And how might you expect it to affect your home and health?

What is Orange Mold?

“Orange Mold” is a catch-all for many different species of mold that are notable for their orange and yellow coloring. Like orange slime mold (Trichia Varia) and orange peel mold (Aleuria Aurantis), many are rare to find and generally innocuous.

Others, namely dog vomit slime mold (Fuligo Septica) and those of the genus Acremonium (such as Acremonium Strictum), present somewhat more of a risk to your health. Though they are still relatively uncommon, they are also less picky about their habitats than the orange peel and orange slime varieties.

For this writing, I will focus on Fuligo Septica and Acremonium, as our priority at Pure Maintenance of Santa Barbara & San Luis Obispo counties is protecting and supporting your health.

Orange mold’s presentation depends, of course, entirely on the species. As its name suggests, orange peel mold looks like an orange peel discarded on the ground, which I find amusing.

Fuligo Septica, colloquially known as dog vomit mold, is yellow-orange or yellow. It has a coarse texture that looks something like a dense pile of silly-string. Its propensity to spread in an ameboid fashion gives its edges a slimy, web-like appearance. It can also have a pungent smell.

Acremonium describes a broad genus of mold species such as Acremonium Strictum. Colonies are often thin or slightly mounded with a slimy surface. It typically presents with a rusted orange coloring.

Like many molds, orange molds, especially slime molds like Fuligo Septica, love moisture and cellulose. Spores travel across moving air and may drift into your home on a breeze through an open door or window.

In the wild, you could expect to discover dog vomit slime mold in decomposing trees, bark, or similar mulch. In the home, it would take the intersection of several different variables to create an attractive habitat, namely rotting wood.

As such, you are most likely to find Fuligo Septica in humid or rainy woodlands such as the northern United States and Canada, and usually outdoors in your yard or backwoods. It is unlikely that you would find dog vomit slime mold indoors, as it would take a degree of rotting wood achievable only by severe, long-term neglect.

On the other hand, Acremonium demands less moisture than Fuligo Septica and is more sensitive to its environment, making it less likely to be encountered in the wild. As with black mold, buildings with sufficient humidity and darkness makes a pleasant home for Acremonium, which will spread on wood studs and boards, as well as drywall and other cellulose-rich building materials.

Is orange mold dangerous? That depends! Many orange molds are innocuous and most commonly found in the wild, where your exposure to them isn’t likely to be hazardous. Under the right conditions indoors, however, Fuligo Septica and Acremonium can be dangerous for vulnerable people.

Acremonium is particularly harmful to immunocompromised and neutropenic individuals, according to a 1997 report.

A 2008 report found cases of peritonitis.

As recently as 2013, others connect Acremonium with hyalohyphomycosis, pneumonia, osteomyelitis, endocarditis, meningitis, and more.

While Fuligo Septica also presents health risks for vulnerable people, especially those with asthma, the severity of reactions appears limited to an asthma episode or allergic rhinitis (seasonal allergies).

In testing vulnerable patients, a 1985 study discovered that asthmatic individuals are likely to experience an early acute reaction when exposed to Fuligo Septica. In contrast, rhinitic patients experienced a later phase sensitivity.

Based on what we know so far, exposure to dog vomit slime mold may aggravate a person’s asthma or seasonal allergies, but more severe reactions don’t appear likely. Acremonium, however, seems to be insidious in its effect on immunocompromised individuals.

If you are vulnerable and believe you have been exposed to Acremonium, consult a medical professional and take immediate steps to eliminate your exposure to the mold.

How to remove orange mold

Let’s start with dog vomit slime mold. As discussed, the health problems caused by Fuligo Septica are relatively mild and most likely to be experienced due to outdoor exposure.

If you notice yourself experiencing a serious reaction explainable by exposure to dog vomit slime mold, take steps to remove the affected area safely. Specific measures taken will depend on your circumstances and might include removing a rotten tree or disposing of affected mulch.

If you find Fuligo Septica growing indoors, the first step will be resolving the severe structural decay you are likely encountering that has allowed the mold to grow. Once that is fixed, an expert company like Pure Maintenance can step in to purge any lingering mold from your space.

As it concerns Acremonium, start by speaking with your healthcare provider about your exposure to the mold. Hopefully, your treatment can account for the mold’s effect on your health.

Next, I recommend inviting an experienced professional out to perform a mold test.

We at Pure Maintenance of Santa Barbara use various testing methods. They include tape, spore traps, and ERMI (Environmental Relative Moldiness Index) testing.

A reliable inspector will be proficient in these tests.

Then, look at available options for reducing the mold count throughout your home as close to zero as possible. Pure Maintenance specializes in unique technologies that accomplish this goal, and I wouldn’t settle for less.

Many conventional mold remediators deal with the mold breakout by sealing off the affected space and removing the visible colony. Sometimes using harsh chemicals. Sometimes by demolishing the infested walls and structures.

The problem is that when mold is agitated, it ejects mold spores in an attempt to preserve itself. These methods achieve very little in the way of reducing the total mold load of your home or building. The next time those spores discover moisture, then your problem will resurface.

We reduce the mold load within the treated area to nearly zero, typically lower than the baseline environment. We also protect your space from mold’s return, guaranteed by Pure Maintenance for up to one year*.

*Provided there is no additional water intrusion during that period.

Generally speaking, orange molds are rare to find, especially indoors. The most likely orange mold you may find indoors are those of the genus Acremonium. These can be very dangerous, especially for the immunocompromised. If you have discovered Acremonium, I encourage you to reach out to your nearest Pure Maintenance professional.

If you live in Santa Barbara or San Luis Obispo counties, you know who to call!

What is the most dangerous mold?

What is the most dangerous mold?

We’re proud to be an accredited business with the Better Business Bureau.

Master Clean USA is proud to be the licensee and provider of the Pure Maintenance process
for Santa Barbara and San Luis Obispo Counties.
© 2022 Master Clean USA. All Rights Reserved. Cal. License No. 1004497 | Privacy Policy

You can find out more about which cookies we are using or switch them off in settings.

This website uses cookies so that we can provide you with the best user experience possible. Cookie information is stored in your browser and performs functions such as recognising you when you return to our website and helping our team to understand which sections of the website you find most interesting and useful.

Strictly Necessary Cookie should be enabled at all times so that we can save your preferences for cookie settings.

If you disable this cookie, we will not be able to save your preferences. This means that every time you visit this website you will need to enable or disable cookies again.

This website uses Google Analytics to collect anonymous information such as the number of visitors to the site, and the most popular pages.

Please enable Strictly Necessary Cookies first so that we can save your preferences!